Sensation out of court! Circuit Court Judge called to task at Public Talk

From the newswire (our correspondents are everywhere)!:

April 27th 2005 (Indymedia.ie) Yesterday, Circuit Court Judge Carroll Moran was the guest speaker at a public talk hosted by the University of Limerick Law Society. Two local people with an interest in judicial standards heard about it and decided to attend. The judge gave a one hour talk on A judges perspectives on Circuit Court Practices in which he outlined his insightful views on the jury system. He was not comfortable with some of the questions at the end which related his own conduct while presiding over the trial of Mary Kelly (see previous indymedia.ie coverage). 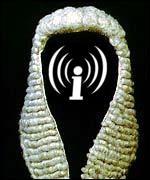 The talk began at 6pm in the Charles Parson's Theatre in the University. Most of the audience were either studying law or teaching it. There was brief introduction listing Judge Moran's career path from a solicitor in 1970, to being a barrister, and then a judge. After this the judge briefly outlined the different tiers of the courts system in Ireland: District Court, Circuit Court, High Court, Supreme Court.

He said that there was a culture of expediency in the Circuit Court, where a case could be heard in a week that might take months to argue in the High Court.

He then spoke about the different parties in the Supreme Court: solicitors; barristers; jurors; witnesses; and the judge.

Given the audience he had (mostly aspiring solicitors and barristers) his discussion of solicitors and barristers was limited to comparing and contrasting them as careers rather than their functions in court. He also told his audience that they probably know more law than [he] does, as one forgets so much of it after graduation, but compensates for this with experience and practice.

Judge Moran had some interesting things to say about jurors though! He described the Jury System as a slow, expensive system that evolved by accident. He also said that the jury system is not something we would invent if we were starting from scratch today. He disagreed with the view expressed by some that a Jury is somehow the democracy on the ground of the judicial system.

He explained how in earlier times jurors had to be householders, people who were considered safe, and reasonably pro-establishment. He said that now many such people will beg to be excused from jury duty because of work, children or holidays, and that juries tend to be mostly made up of unemployed or retired people.

Judge Moran went on to inform us that, unlike days of old, juries can no longer be punished by the judge for returning a verdict that the judge disagrees with (what he referred to as a perverse judgement.' He outlined the case of Crown v William Penn (Quaker who founded the State of Pennsylvannia) where the Judge had the jury locked up for not agreeing with him. Nowadays of course, if a jury acquits someone that the judge knows is guilty then we have to live with the perverse judgement.

He also cited the case of DPP vs. Mark Davis where the Judge directed the jury to find the defendant guilty. This was found to be unlawful by the Supreme Court.

In relation to the perception that a judge seems to be able to [do] anything he likes Judge Moran assured us that this was not true. We were told that a court room is like a gold fish bowl, where the judges actions and words are seen by all, and if he makes a mistake or is incompetent, then the whole court will see him for what he is.

He advised that a good judge is one who listens and the ones who get into trouble are the ones who pre-empt things. In contrast, he said, a jury does not have to give reasons for its decisions, but if a jury were to acquit a guilty person it would be sending a message to the government and the legislature.

He then by compared the judiciary to the Papacy. Stalin asked how many battalions did the Pope have? Of course the Pope has no battalions, but he has moral authority'. Likewise, 'the Chief Justices ability to enforce the law [was] dependant on the the good will of the Public at Large and nothing else.

Finishing, Judge Moran reminded us that liberal democracy survived the 20th century by the skin of its teeth and that we should not take any of our hard-won rights for granted.

The floor was then opened for questions.

The first was from an aspiring legal eagle who asked about the idea of fusing the professions of solicitors and barristers.

The second question was a bit less career minded and a bit more probing.

Judicial Watch:
Judge, you spoke a bit about juries. Some courts operate without juries, such as the district court, where the judge decides everything, but in a jury trial in the circuit court, it is the jury who must decide guilt or innocence. In a criminal case the defendant has the right to be assumed innocent until proven guilty. To what degree is it injurious to that right if the Judge were to repeatedly refer to the defendant as criminal before the jury had begun its deliberations? And , seeing as one cannot  no matter how much one believes it  call a judge biased, what remedies exist for this situation?.
Judge Moran:
That behaviour is improper and its inconceivable that any judge should do it. The accused persons prior convictions should not be raised.
JudicialWatch:
Im taking about calling them criminal in relation to the charge before the court.
Judge Moran:
Oh, no thats inconceivable. If there was a conviction, the court of criminal appeal would eat that judge alive.
JudicialWatch:
Well then, I suppose you were lucky that the case ended in a hung jury because Ive seen you do that in Kilrush Circuit Court.
Judge Moran:
I doubt that very much.
JudicialWatch:
Yes, you called the defendant a criminal three times before the jury had begun their deliberations. Its in the transcript if you care to check it.
Judge Moran:
I wouldnt - I dont recall that.
JudicialWatch:
You did it three times. I distinctly recall senior counsel jumping to his feet in agitated protest each time you did it.
It was the DPP v Mary Kelly.
Judge Moran:
I believe that case is now under appeal.
JudicialWatch:
Yes, the third trial ended in conviction, but the first trial, where you made those remarks ended in a hung jury. Check the transcripts if you like to read them.

The chair quickly went on to the last question, which was about mandatory sentencing.

Judge Moran left immediately after giving a brief answer and didnt stick around to mingle with the Law Society members.

We had a list of other questions in relation to judicial conduct, but we knew we had done well to publicly press a judge on just one of them.

http://www.indymedia.ie/article/69592
Indymedia Ireland is a media collective. We are independent volunteer citizen journalists producing and distributing the authentic voices of the people. Indymedia Ireland is an open news project where anyone can post their own news, comment, videos or photos about Ireland or related matters.